Omega Psi Phi Fraternity, Inc. is the first international fraternal organization founded on the campus of a historically black college or university (HBCU).

Our motto is "friendship is essential to the soul". From this phrase the name Omega Psi Phi was derived.

Manhood, Scholarship, Perseverance and Uplift were adopted as Cardinal Principles.

Omega Psi Phi was founded November 17, 1911 and was incorporated under the laws of the District of Columbia on October 28, 1914. 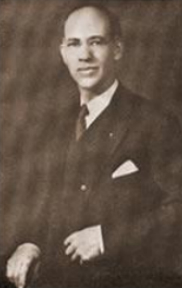 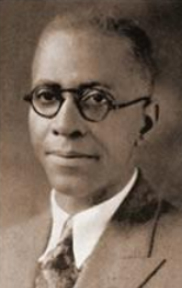 Bro. John W. Work Sr., became a member of Delta Chapter in 1919. Upon the organization of Gamma Phi, along with other graduate members, they then transferred to Gamma Phi (The Oracle, November 1925). The chapter was chartered on October 1, 1925 under the auspices of the 11th Grand Basileus Bro. George E. Vaughn. The first Basileus for the Gamma Phi Chapter of Omega Psi Phi Fraternity Inc. was Bro. Theo. T Groves (The Oracle, 1925). No other chapters that are currently in the 5th District were established until 1925, except for Epsilon Phi in Memphis and Gamma Phi in Nashville. The four men who chartered Gamma Phi were George W. Crite, Charles Dowdy, Willis Lewis, and Thomas E. Roag.

From our humble beginnings, Omega men have built bridges in the Nashville community and beyond. Through dedication to the aspirations so firmly planted by the founders, Gamma Phi men have provided UPLIFT to the citizens of Nashville and areas beyond our borders. Many Omega men of Gamma Phi have made a lasting mark in religion, civil rights, athletics, medicine, business, and institutions of higher learning, government, military, science, engineering, and education. Gamma Phi's community involvement includes; serving holiday meals to local residents, youth toy drives, back to school events, mentoring programs for youth, political activism, scholarships to aspiring students. Some of Gamma Phi’s signature events include;

The chapter’s current roll reflects over 90 enthusiastic Brothers. We look forward to providing continued service in the local community, within the Legendary 5th District, and in the national arena.   Gamma Phi chapter remains diligent in fulfilling its mission of Manhood, Scholarship, Perseverance and Uplift.  Special thanks to all of the Brothers whose shoulders we stand upon!